As Filia, the sole heiress to the late king, you should have inherited the throne immediately, but the nobles in your court strongly doubt your fitness. After much bickering, they decide to give you one year (no more, no less) to prove your worth.

During this trial, you may choose four nobles to help you lead your country to prosperity, showing all who doubted you just how wrong they were.

...Or, you can let your heart betray you, and take one as your consort.

The fate of the land lies in your hands! What kind of queen will you be?
Defend Your Birthright
As the sole remaining direct descendant of the hallowed King of Knights, your destiny is to unite the divided kingdoms and bring all to bear under the flag of the honorable Tableronde name. The catch is, few are willing to entrust their affairs to a sheltered princess thrust into a position of rule with no training and no forewarning...
Summon Your Loyalists
Choose four nobles to aid your campaign from a wide variety of candidates, including a devoted childhood friend with little tact or knowledge but an excess of heart, a dark elven diplomat from a sequestered land with questionable motives, and even a wolfman unaccustomed to the ways of the human world...
Prove Your Worth
Part visual novel, part strategic simulation, you must send your men on quests to the neighboring kingdoms -- be they trusted allies or fearsome foes -- to win their support through whatever means are necessary. Show the rulers of these divided lands that you can unite them all under one banner, just as your famed ancestor did so long ago!
Discover Your Soulmate
Tableronde can be left without a proper ruler for only a year before opportunists would swoop in to fill the void of power, so that's precisely how long Filia is given to either take the throne through decisive action or accept the marriage proposal of the lecherous Councilor Diektor and pass all her authority to him. Or, perhaps, if she herself is unwilling to take on these duties, there may be another, more worthy knight to inherit them through a marriage founded upon true love? It's up to you to determine if, and how, your power is to be distributed... and whether to strive for personal happiness, historic leadership, or the ultimate dream of both...
Attention
This game is a remastered version of a game that was originally released as a PC game by Kogado Studio in 2006 and ported to PS2 by GungHo Works.Due to the lack of resolution in some materials during the remastering process, certain features were unable to be implemented. (changing clothes, changing patterns) 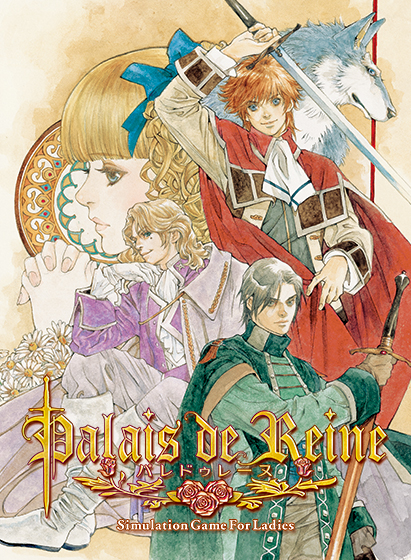