In Piova, the city of music and endless rain, young men and women gather to pursue their dreams of becoming musicians. Chris Vertin is one of these young men, leaving his rural hometown and girlfriend behind to enroll in the Piova Communal School of Music.

Winter has come and it's been over two years since Chris began studying to become a Fortenist—a master of the magical instrument known as the Fortelle. Graduation is only a few months away, and Chris must perform an original song together with a vocal partner for his final examination. But Chris, feeling unmotivated and listlessly spending his days, has yet to even try to find a partner. His entire world consists of letters he receives from his girlfriend and a 14 centimeter tall musical fairy living in his room.

Let us play the Fortelle in time with the metronome of the rain's patter. When the sound of Chris's playing harmonizes with the voice of the musical magic fairy who knows what might happen?

[FEATURES]
・A poignant drama set in the city of endless rain written by Maoto Nishikawa
・Multiple endings depending on your choices and performance in the musical sections
・Remastered HD artwork by original character designer/artist Siro
・Fleeting, beautiful melodies by singer and songwriter Ritsuko Okazaki
・Harmonious fusion of Visual Novel and Music-based gameplay 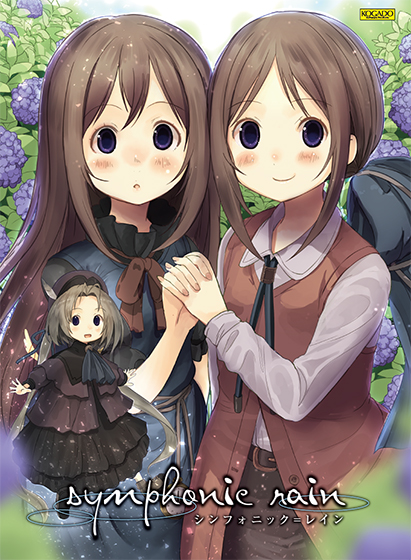