She also tried a game that Kokoro said she loved.
It was called Nie, the Witch, and the End of the World.

Ai Otori thought of herself as a boring person.

She never really found anything she wanted to do as time passed her by.
But she did like being with her sister.
She thought they’d always be together.

But discord between their parents separated the sisters.


Their love for each other didn’t change, even when pulled apart.
Once a year, on their birthday, their parents let them meet.

The two shared a kiss. Once a year, on the day they were reunited.
Even kept apart, the two shared one heart. At least, that’s what Ai thought.

It happened on their birthday three years earlier.

They met like always, kissed liked always.
Yet from that day on, all contact from Kokoro stopped.

Far away and without a word from her sister, sadness overcame Ai.


Her gloomy day-to-day life continued until one day she was contacted by the game company where her sister was working.

Although Ai didn’t really understand what was going on, she’d do anything for her sister, so after having an interview in her home town, she decided to move to the far away capital where her sister lived.

Nana Tachibana, the cheery and quirky office worker. Saki Mugendo, the teeny monster of a writer whose day and nights were flipped and you never knew if she’d be working. Honoka Daigo, the company president who called upon Ai. And Banako, the dog everyone called “vice president.” These were the people who welcomed Ai into their game company.

It also happened to be the company that made Nie, the Witch, and the End of the World, and was currently remaking it. The very game Kokoro said she loved.


However, Kokoro has changed her last name to Yanagiya and calls Ai by her last name, treating her like a stranger. It’s almost as though those precious days they spent together were all a lie…

Ai Otori never really had any interest in games.

Even though she’s joined a game company, she has basically no previous experience and her job as a game developer is rough.

But Ai made up her mind. She’s going to help make the game. For the sake of her new coworkers. But most importantly for sake of Kokoro — her sister.

She has the feeling that by finishing the game, she’ll bridge the distance between her and her sister once again. 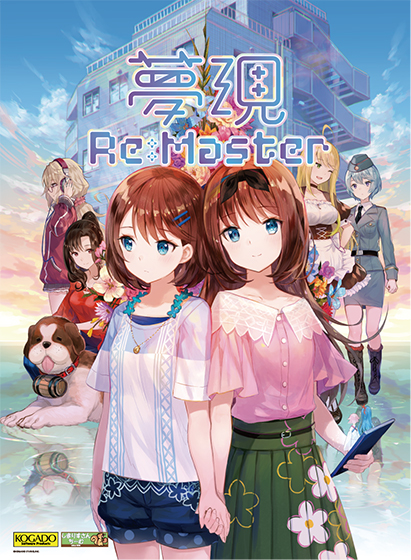